This morning I rode the ELF over to the Giant to get eggs for breakfast (we use a lot of eggs in our house).   I took the Georgetown Branch trail over to Bethesda Avenue and parked in a car parking space adjacent to the cart return port to which I locked the ELF using the cable lock.   Some folks asked about the ELF just as I was entering the trail and an elderly couple asked about it just as I was getting ready to leave from the Giant.  I also got several thumbs up, waves, and "I like your bike" shouts along Bethesda Ave.

When I arrived back home I decided to use the solar panel to recharge and see how it does.  After a few hours of charging in the bright sun I took the battery out and plugged it into the wall charger.  To my surprise, the green lite came on indicating that the battery was already fully charged.   I was happy to have confirmation that the solar panel really does charge the battery!

The videos and some pictures I've been posting are recorded on my iPhone which is mounted on the steering column using the Topeak iPhone mount. I've also been listening to tunes on the iPhone but the volume is a bit too soft when riding or near traffic.  I'm hoping to get some speakers to mount on the top bar. 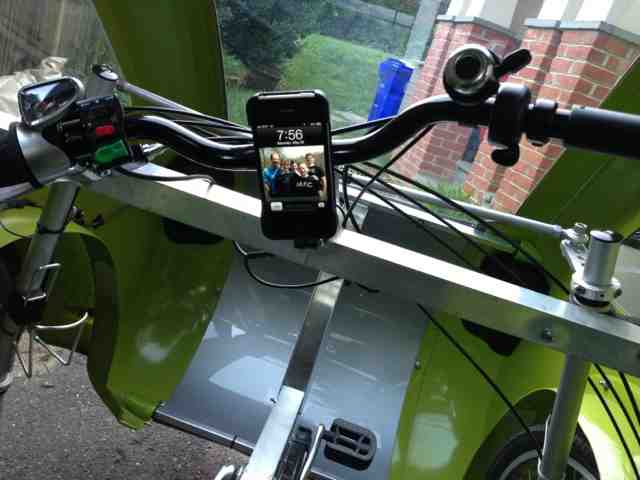 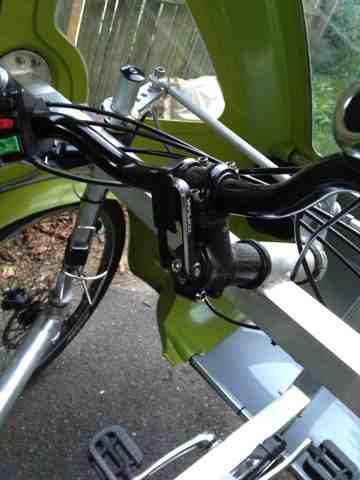 Maryland classifies the ELF as a moped.  As of October 2012 mopeds require title, tag, and liability insurance as outlined here.  Use the online system here to obtain proof of ownership (and pay excise tax) and order your tag.  Click on the "Titles/Decals – Special Vehicles" menu on the left side to get started.

The insurance was the hard part.  After calling several insurance companies and agents I googled and found this article on Bentrider from my friend Charlie who put me in contact with an agent in Texas who writes electric moped insurance for Progressive.  Here's his contact information for those states that require it:

I ordered the tag on Monday and it arrived in the mail today (Saturday). 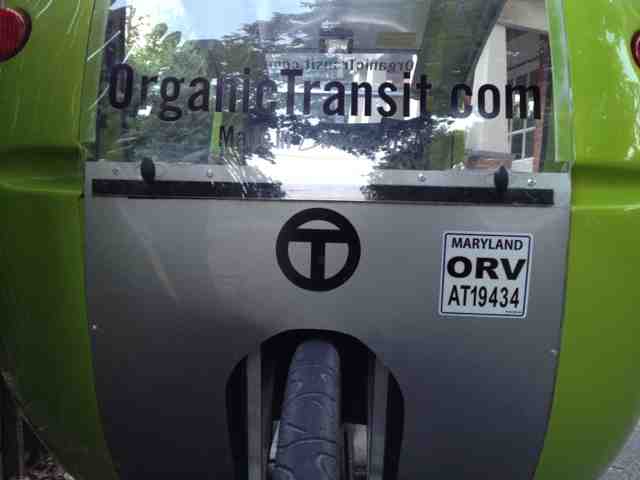