I took the ELF to Glen Echo park for the Washington Folk Festival and it was a hit!

Here's how I strapped my trumpet in for the ride.  I just wrapped the shoulder strap around the cleat and used a rubber gear tie to secure it. 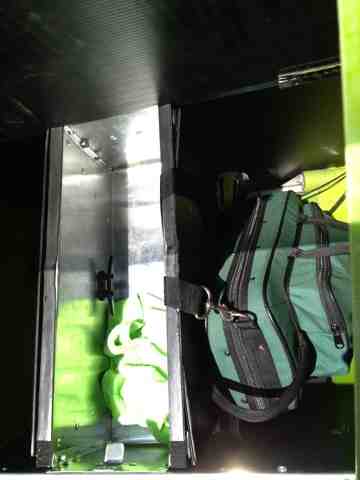 I parked the ELF in front of the Spanish Ballroom where I was about to play the trumpet with Machaya Klezmer Band.  The ELF drew a lot of attention and I got a real kick out of just standing back and watching the crowds of people checking it out. 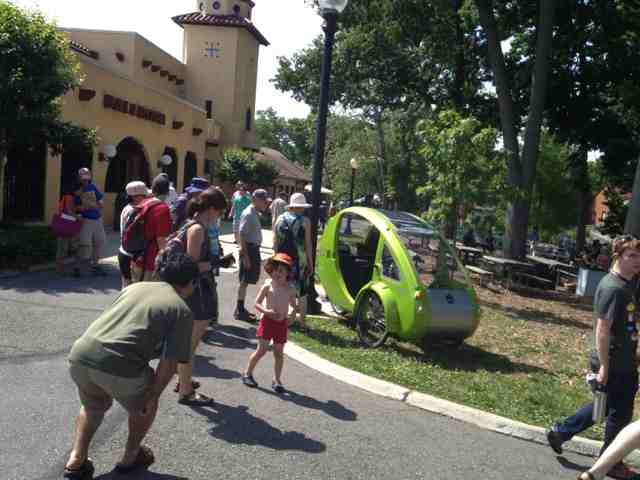 So many people checked it out that I really didn't need to do much explaining.  The funny thing is how many people put their kids on the seat or climb in themselves just to see how it feels to sit in the seat.  My wife says I should put up a sign to stop people so they don't step on the "Not a Step" plastic and end up breaking it.  But I'm not really worried that anyone is going to damage it since most people are trying to be careful. 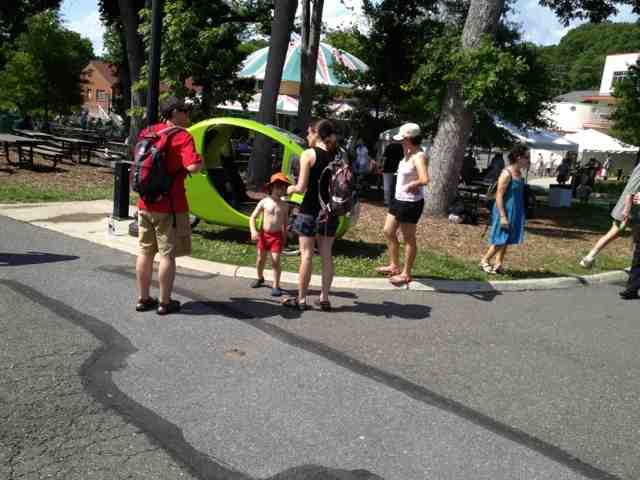 It was also a hoot seeing people posing for pictures with the ELF.   It was like traveling with a movie star! 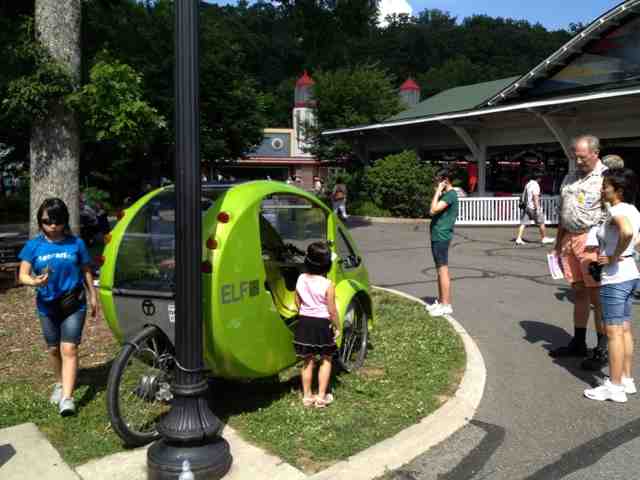 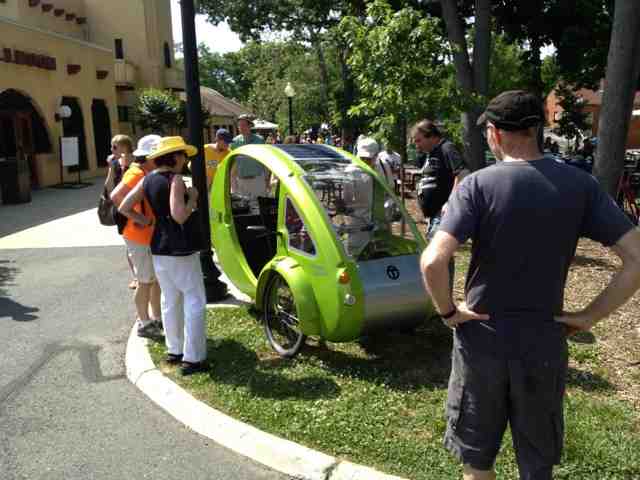 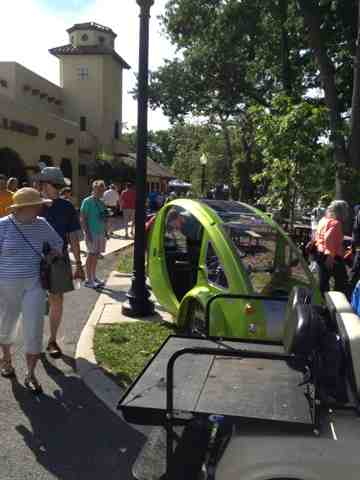 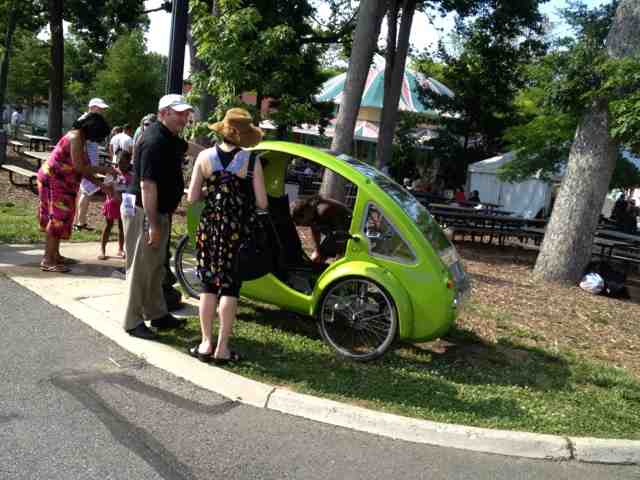 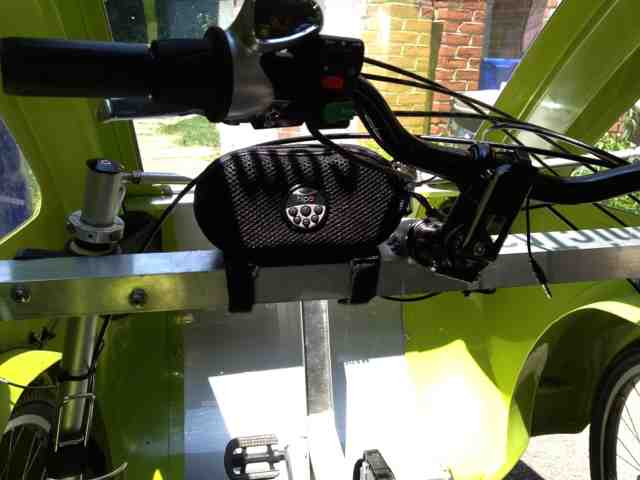 Here's the new speaker/case that amplifies the iPhone and stores your sunglasses and/or keys.  I used it during the commute to work on Friday and it really cranks out the tunes.  This is the Hipe brand one with a rechargeable battery and auxiliary input from any music player or even a USB mem-stick.   I had to extend the velcro to wrap around the square frame.  It's available on Amazon for $29.99.