One of the spokes on the front wheel broke inside the nipple so I had to remove the wheel in order to replace it.  It was a really easy operation only requiring removal of 3 hex bolts, one on the wheel and 2 on the brake. The disk brake caliper needs to be removed so that the wheel can be removed from the hub.  Here are some pictures of the front hub and brake caliper assembly after they've been removed. 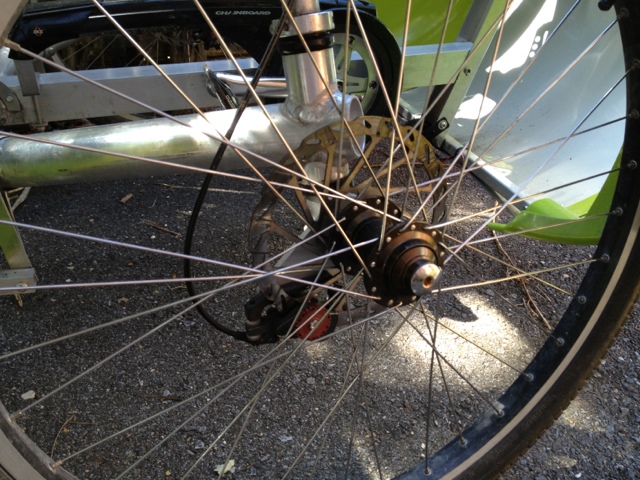 I ended up taking off both wheels so that I could have the bike shop check the tension on the rest of the spokes since they were making a creaking sound whenever I turned the wheel sharply.  I also let them replace the spoke which required the brake disk to be removed due to the location of the broken spoke on that side of the wheel.  The bike shop said that the wheel is built with an unusually large amount of dishing to one side and was curious to find out the recommended tension for the inside vs outside spokes.  I'll update this post once I get those numbers from Organic Transit. 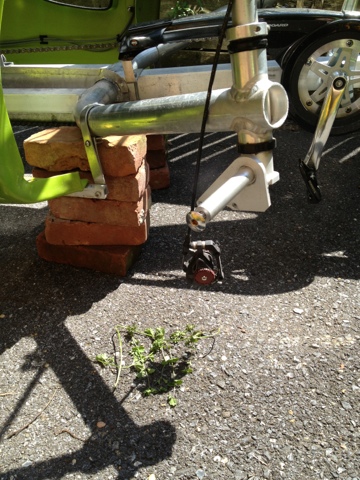 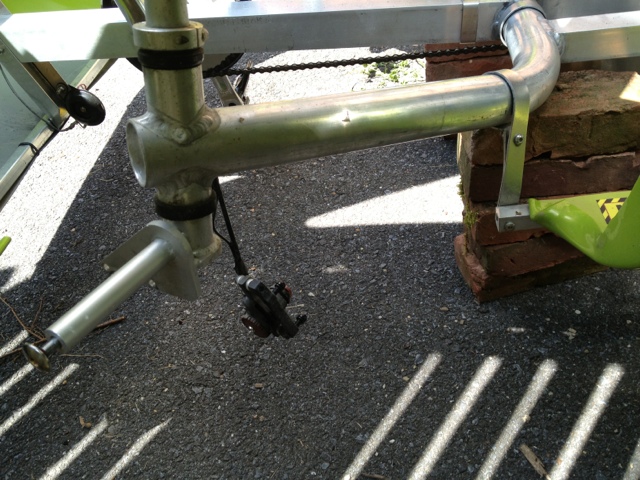 After the repair was complete it took a while to get the brakes adjusted just right.  I found that the disk wasn't exactly in the same position on the wheel so I had to do some fiddling with the brake adjustments to minimize rubbing and squeaking.  Now they're working great and the spokes aren't creaking any more either. 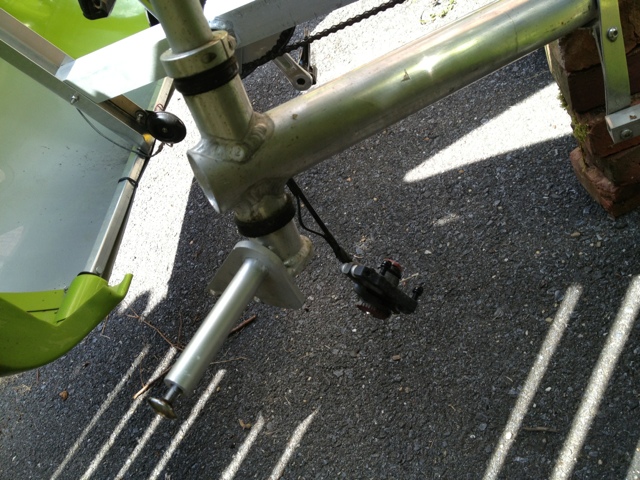